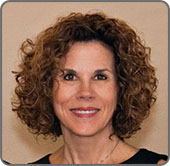 With over 30 years of experience in the financial services industry, Donna has balanced an impressive professional career with raising a loving family. Professionally, Donna served as vice president of a Women’s Markets program at a national financial company. Prior to pursuing her passion in the women’s markets, Donna was vice president of Business Development for a leading financial services company where she served as a business coach to the company’s top advisors helping them to design and implement strategic business plans. She also had a successful, personal practice as a financial planner in Southern California. Committed to professional education, she earned and holds the industry’s prestigious Certified Financial Planner® professional designation. Donna resides in Westlake Village, California with her husband, Joe, of 47 years. They have three children and six grandchildren. 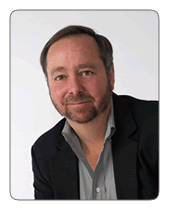 EP (Distinguished), J.D., LL.M.
Mr. Scroggin has been married for 39 years to Lynn Geiger Scroggin and has three children. His oldest son is a professional blacksmith, his daughter has worked as a charitable event planner & fundraiser (and is now a stay-at-home mother) and his youngest son is an Iraq war veteran.

In November 2017 Jeff was inducted into the National Association of Estate Planners and Councils Estate Planning Hall of Fame, becoming the 105th inductee to receive this prestigious award. US News and World Report named Jeff as one of the 2018 Best Attorneys in America.

Jeff has practiced as a business, tax and estate planning attorney in Atlanta for 39 years. His practice is devoted to tax planning, estate planning, business representations, business succession and sales of businesses and properties. He is co-creator of the “Family Incentive Trust” and creator of the “The Family Love Letter.” Jeff practices out of an 1889 house in the historic district of Roswell, Georgia. The building contains one of the largest collections of tax memorabilia in the US. The tax collection was featured in a front page article in the Wall Street Journal on April 15, 2015. Jeff is known for his ability to convert complex, echnical information into practical, useable forms. He also hopes he is not as pompous as this bio might indicate.